47 Years Ago: “Bridge Over Troubled Water” Is Born, And Simon & Garfunkel Find Their Biggest Success Yet 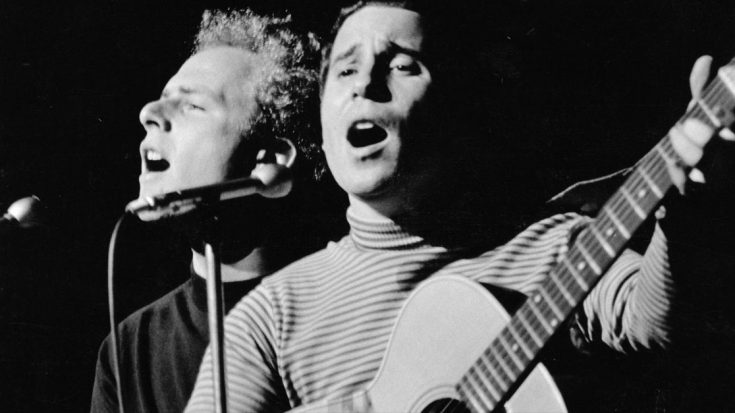 American singer-songwriter duo Simon & Garfunkel may not be on the greatest of terms these days, but once upon a time ago they were a force to be reckoned with, rivaling the songwriting talents of Lennon and McCartney. Comprised of Paul Simon and Art Garfunkel, Simon & Garfunkel found their biggest success to date in 1969 when they headed into the studio in November of that year with a brand new song – one written so quickly that Paul Simon actually questioned where it came from as it sounded nothing like anything he’d written previously.

Titled “Bridge Over Troubled Water,” the song was partially inspired by a line in Claude Jeter’s 1958 gospel classic “Mary Don’t You Weep” (a debt later acknowledged by Simon in person, who handed Jeter a check in compensation) and featured the talents of Simon’s partner Art Garfunkel, instructed by Simon to sing it by himself in the “white choirboy way.”

Fun Fact: Simon wrote the song initially on guitar but decided to transpose it to the piano, to both better reflect the gospel influence and to suit Garfunkel’s voice.

The result was Simon & Garfunkel’s biggest hit and the cementing of their place in music history as some of the greatest songwriters America has ever produced, selling 6 million units worldwide and scoring a number one hit on the Billboard Hot 100 for six weeks, also topping the charts in the United Kingdom, Canada, France, and New Zealand. Nearly half a century after Simon & Garfunkel set foot in the studio to record “Bridge Over Troubled Water,” it’s still one of the finest examples of songwriting the world’s ever seen and it’s one that still catches in your throat just right, rendering even the most stoic of people overcome.