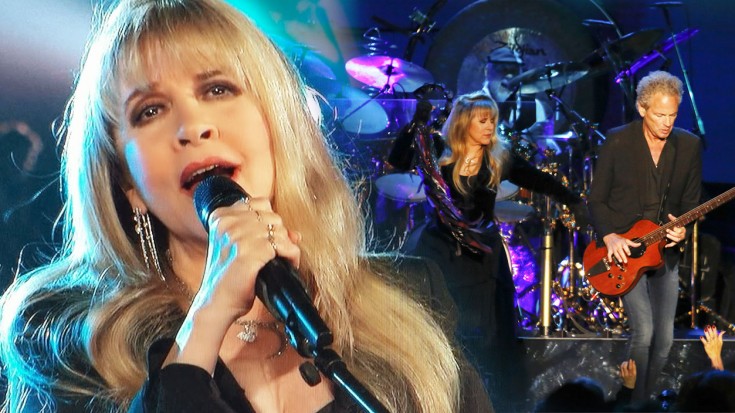 Fleetwood Mac just knows how to please a crowd – whether it’s the unmistakeable chemistry between Stevie Nicks and Lindsey Buckingham or, I don’t know – an encore featuring the entire USC marching band, it’s clear that Fleetwood Mac’s got a stage presence that’s a force to be reckoned with! The band would close out shows on their 1997 The Dance tour with the drum heavy ‘Tusk’, a fun but sexually charged song written by Buckingham in 1979.

As an added treat, they featured the entire USC marching band accompanying them!

Love the brass? Thank Mick Fleetwood: he decided to use a big brass sound after a visit to Europe in 1978 where he saw brass bands marching down the street.

It’s impossible to watch this lively performance of ‘Tusk’ and not feel the excitement that these classic rock veterans generate when they’re onstage together! Add in the marching band during the encore and that’s it – if you weren’t in love with Fleetwood Mac before, you are now!

Tusk!
Just say that you want me
Just tell me that you