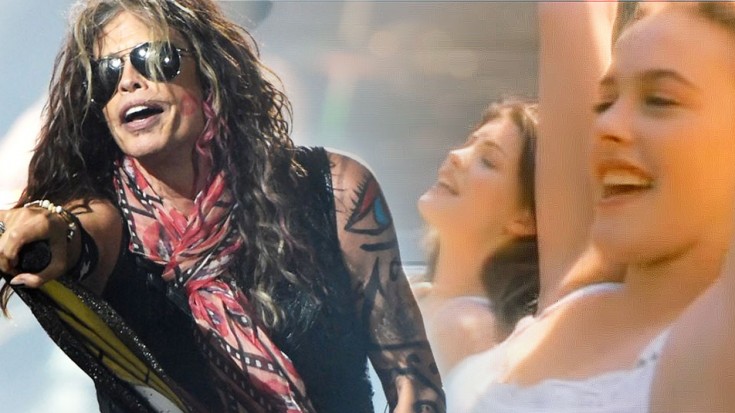 Who doesn’t love vintage Aerosmith? ‘Crazy’ was one of the band’s top charting hits in 1993, securing the band’s position as one of the most successful hard rock acts of the 20th century. The video featured Alicia Silverstone and Steven’s oldest daughter Liv as two runaways joyriding and having the time of their lives, and actually became one of MTV’s most requested videos of 1993.

Fun Fact: This is the music video that launched Liv Tyler’s career. The director had no idea she and Steven were even related!

‘Crazy’ is one of my favorite Aerosmith songs and a classic of the band’s – in fact, when I think about Aerosmith, this is the song I think of! It’s the perfect mix of blues and rock that everyone can appreciate, and the fact that the song is about a love that left Steven makes it all the more easy to really identify with it.