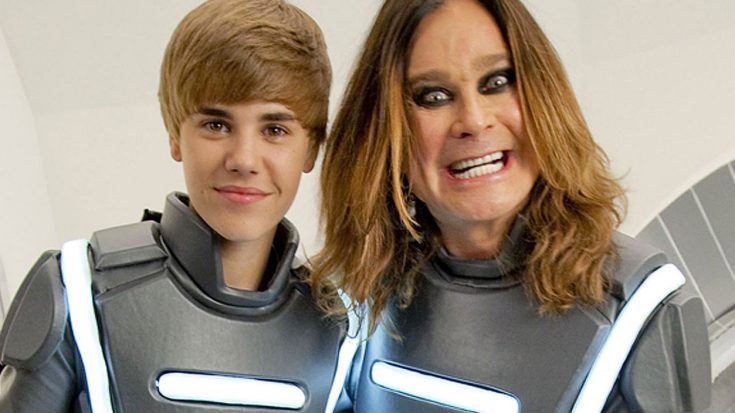 It’s Super Bowl week, which means the return of Super Bowl commercials (what, did you really think this was a post about the game itself?)! Every year we look forward to the series of hilarious, innovative, and downright iconic commercials that air during the final showdown between the best the NFL has to offer and if we’re lucky, sometimes we get to see the music we love make a special appearance during the course of the day. Such was the case in 2011 when Best Buy aired a commercial starring the Prince of Darkness himself, Ozzy Osbourne, fumbling through a commercial shoot.

He can’t seem to remember 4G vs 5G, he eventually can’t remember 5G at all, he gets yelled at by Sharon and after trying to work in a clever reference to his 1980 classic “Crazy Train,” gets dealt the biggest insult of all when he’s replaced by Justin Bieber and a pair of backup dancers, going toe to toe with the pop star and his famed bowl cut and asking the question burning in the minds of every adult who hasn’t watched MTV since the eighties: “What the f#$k is a Bieber?”

For being just over a minute long, this piece of Super Bowl history goes down as one of our absolute favorites and as you gear up to root for your favorite team, don’t forget to get excited for this year’s round of Super Bowl commercials by checking out Ozzy’s iconic commercial below!