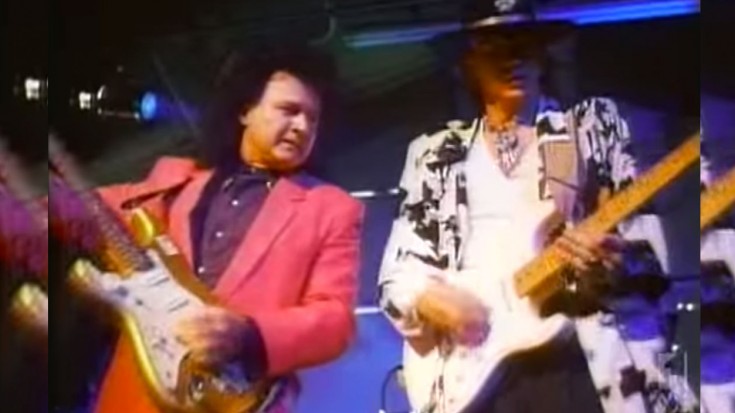 If you had a comedy film with the title “Back To The Beach,” how would you make it more epic? Of course by adding the most popular surf rock music of ALL TIME. Did they stop there? Fortunately for us, they didn’t. They had Stevie Ray Vaughn and Dick Dale perform the guitar instrumental. This clip is EVERYTHING!

The tune, originally called “Liberty’s Whip”, was renamed after the band members saw a surfing movie showing scenes of the Banzai Pipeline in Hawaii. The tune, fitting in with the popular surfing craze of the time, swiftly rose up the Billboard Pop charts.

This has it all. Stevie Ray Vaughan is a legendary electric guitarist and happens to be a RIGHTY while Dick Dale is a LEFTY surf rock guitarist who is widely considered as “The King of the Surf Guitar.” When these two play together, you know it’s going to be one heck of a performance. You have some serious ax-slinging here, ladies and gentlemen!