Fearless As Ever, Cheap Trick Is Doing Something Most Bands These Days Are Too Afraid To Do 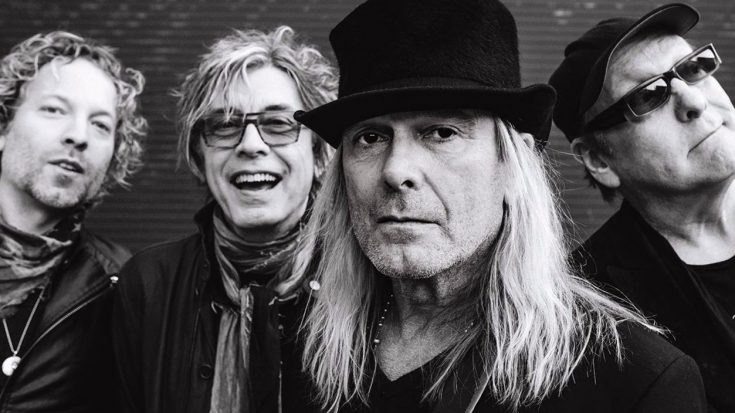 The hardest working band in rock and roll is about to take their career to another level as Cheap Trick prepare for a brand new album just one year after the release of their 17th studio album Bang, Zoom, Crazy…Hello, coming hot on the heels of a furiously busy year that saw Illinois’ finest inducted into the Rock and Roll Hall of Fame before heading out on the road with Heart and Joan Jett for the critically acclaimed Rock Hall Three For All Tour.

These days, you don’t see bands releasing albums every few months anymore; everyone seems to be on a lengthy album cycle, sometimes spanning upwards of 5 years in between albums, but not Cheap Trick. They began work on their 18th studio album shortly after the release of Bang, Zoom, Crazy…Hello and confirmed via social media yesterday that the plan is to finish up recording by spring with an official release date slated for early summer 2017, showing zero sign of slowing down as Cheap Trick begin plotting yearly studio releases, moving away from long gaps in between albums so prevalent in the music industry and once again making their mark as trailblazers.

We’ve been in the studio working on a new album – hope to have completed by Spring and released at the beginning of Summer 2017.

Of Cheap Trick’s recording schedule, bassist Tom Petersson revealed in 2015 that the band is constantly writing in preparation for future albums, and he’s got a great point: what’s the point of writing, writing, writing if you never do anything with it?

“The thing is, we’re going to keep going,” said Petersson in 2015. “We want to record a record every year and just keep them coming out – like in the old days when everybody had a record out every six months, us included. We’re writing all the time, so what good is it if those [songs] don’t come out?”

Summer can’t arrive soon enough – here’s to Cheap Trick and another absolutely fantastic album, we can’t wait to get our hands on it!