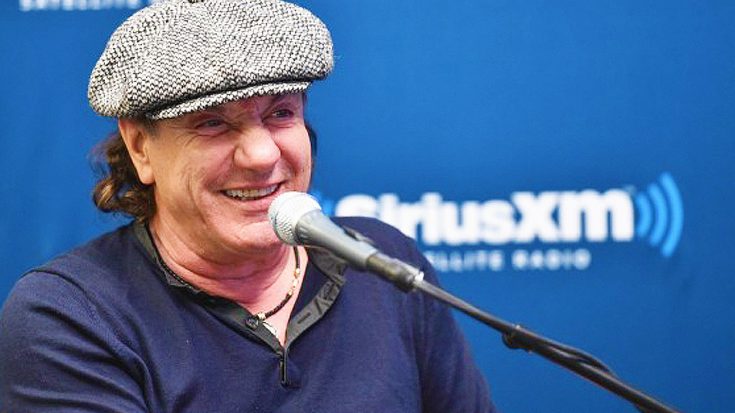 It’s been almost one year since AC/DC frontman and vocalist Brian Johnson was pretty much forced to quit due to hearing loss. People have since wondered if he will ever make his return to the band. It seems highly unlikely now, considering most of the other band members are retiring, and replacement Axl Rose is still doing work with Guns N’ Roses.

For the past few months Brian has remained pretty silent and secluded from fans. But, he recently recorded a special audio message for the AC/DC fan club in Sweden who began raising money for an Alzheimer’s charity event. Brian sent them a recording where he thanked them for their support.

Johnson’s 52 second message is brief, to the point but you can tell he is extremely grateful for their support and representation of the band. He also notes that the rest of the band is also thankful because of how the disease personally affects them.

Check out Johnson’s message down below! It’s great to hear his voice again!