Father And Daughter Share Emotional Duet Of Fleetwood Mac’s “Landslide”—Grab A Tissue For This! 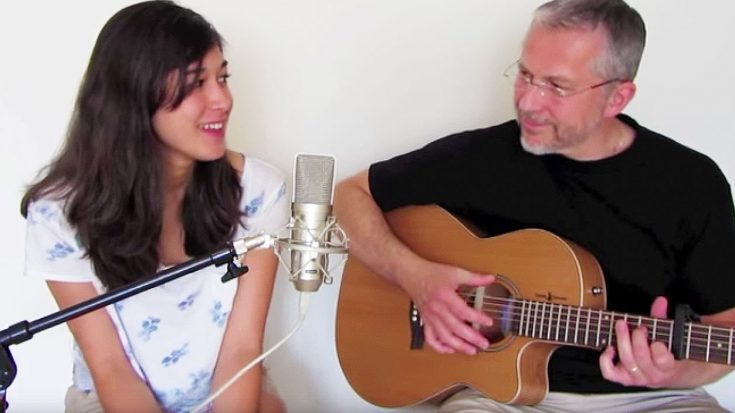 A moment to last a lifetime!

If you thought the song “Landslide” by Fleetwood Mac couldn’t get any more emotional, you were wrong. Although the song can already cause someone to produce the waterworks, get ready to grab some tissues, because this one will make you sob for days.

YouTube user Norm and his daughter Tina covered this beautiful song, and brought out the emotion with this beautiful rendition. Norm plays the guitar, while his daughter showcases her beautiful voice! You can truly feel the emotion they put into this song, and feel the strong relationship between them, and this video is absolutley tear-jerking. One thing I really enjoy about this rendition, is that the guitar is played so delicately. It’s almost as if the guitar is a cloud!

Fun Fact: The song has changed meaning as the band has aged, but it remained a part of their setlist throughout their career. “When Stevie wrote that, she was probably 25 or 24,” Lindey Buckingham told Rolling Stone in 2013. “She wasn’t exactly ‘getting older.’ Now, that line certainly resonates with a far deeper perspective.”

So grab a tissue, and enjoy Tina and Norm’s cover down below! Hopefully they see this and do another cover sometime soon!