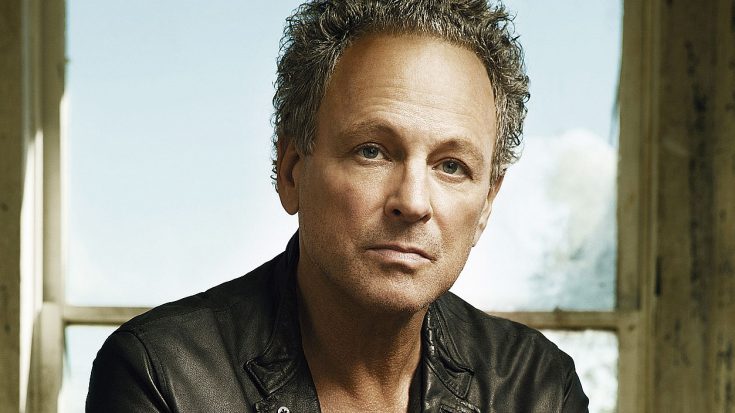 #5 – He Learned To Play Guitar On A Mickey Mouse Guitar!

#4 – A Family Of Competitive Swimmers!

Before becoming a guitarist, Lindsey Buckingham and his brothers Greg and Jeff were all competitive swimmers. As it turns out, the three Buckingham brothers were actually quite good at swimming. However, as you could probably guess, Lindsey would eventually become more interested in music and devote his full attention to that. His two brothers would stick with it though. Just imagine what today’s would be like if Lindsey Buckingham had chosen swimming over music. Just think about it. There probably wouldn’t even be a Fleetwood Mac! that’s a scary notion to wrap your head around. Luckily for us fans, though, he chose to pursue his illustrious career in music and we couldn’t be happier!

#3 – He Performed The Music For National Lampoon’s Vacation!

National Lampoon’s Vacation film series is one of the most iconic comedy film series’ of all time. Even these days, it is considered one of the great cult classics. It is timeless, pure and simple. But did you know that one of the songs in the film was written by Lindsey Buckingham? Yep! The song Holiday Road which is featured on the soundtrack for the movie was indeed written, recorded, and performed by the aforementioned Lindsey Buckingham. Now, you’re probably not surprised that Lindsey Buckingham is capable of writing such great music, but still, it’s quite surprising that he actually did the music for Vacation. Chances are that whenever you watch the movie now, you won’t be able to help but think of Lindsey Buckingham the whole time. Then again, you’re probably doing that anyway…

If you’re reading this, I’m just going to assume that you have already heard the seemingly endless supply of music featuring Lindsey Buckingham and Stevie Nicks. What you may not know, though, is that there is actually unreleased music from their early early early days just titled Nicks/Buckingham. Now, if that doesn’t cause you to chomp at the bit to try and find this music, I don’t know what will. Here’s the thing, we live in a age where you can pretty much access just about anything you want to find, so you’ll probably be able to find this music somewhere, but just imagine the amount of sales that these two would make if they officially released the music. THAT… would be astronomically astounding!

#1 He Didn’t Even Audition For Fleetwood… And STILL Got The Gig!