Far Beyond The Sun- Yngwie Malmsteen 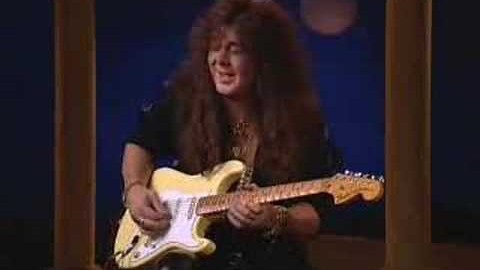 Malmsteen Is A Monster

There’s no doubt that Yngwie Malmsteen is an absolute metal beast and is pretty much 2nd to none. Although there is debate among the metal community as to who is the sickest shredder. But from his classical influences in his style, to his lightning speed picks, Malmsteen is also a hell of a guitarist.

Here he demonstrates his talents with “Far Beyond The Sun”, one of his more widely known pieces.