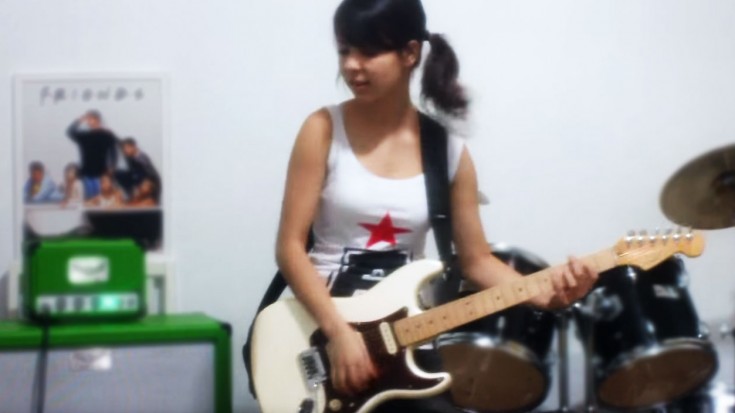 “Back in Black” was a tribute to AC/DC’s former lead singer Bon Scott. It was written by Angus and Malcolm Young along with Brian Johnson. It was released on December 21, 1980 as the title track for their seventh studio album. One notable (and everyone’s favorite) feature is the opening guitar riff. Hearing that alone, you can already tell which AC/DC classic it is!

The band got the idea for the title before writing any of the song, although Malcolm Young had the main guitar riff for years and used to play it frequently as a warm-up tune.

Juliana Vieira kills her cover! Much respect for the time she puts in to reach this skill level. Her covers never fail to mesmerize me. Long live rock ‘n roll!