Kid Slays It At Talent Show With “We Will Rock You” 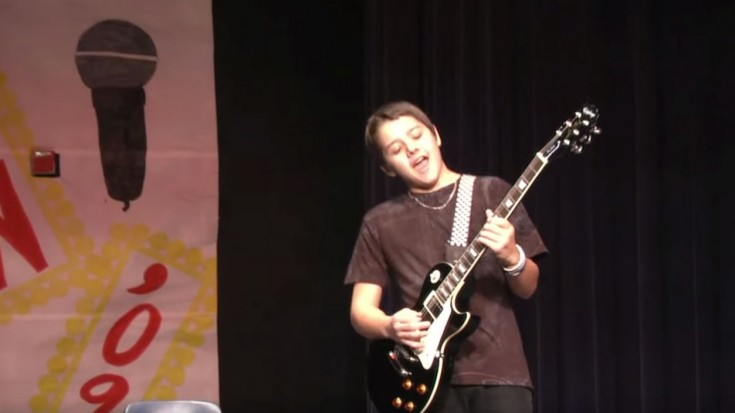 “We Will Rock You” was written by lead guitarist Brian May. It was released on October 7, 1977 for Queen’s sixth studio album “News of the World.” It eventually became a Grammy Hall of Fame inductee in 2009. This has become a stadium anthem and you can often hear it being played at sports events.

Queen guitarist Brian May wrote this, and claimed the idea for the song came in a dream. He told Mojo magazine October 2008 that he wanted to “create a song that the audience could participate in.”

Aside from May’s guitar solo during the last few seconds, the song is mostly sung a capella. And one of its notable features is the rhythmic beat accomplished by merely clapping and stomping. Now, that’s absolutely something unique! And since it has been remixed, covered and even parodied by various artists, check out this rendition by Paul Oliger during a talent show!

Gotta love how his guitar tone sounds like a combo. Kudos to him and his passion in playing. Can’t wait to see him perform a few years from now. I bet he’d slay it on stage!