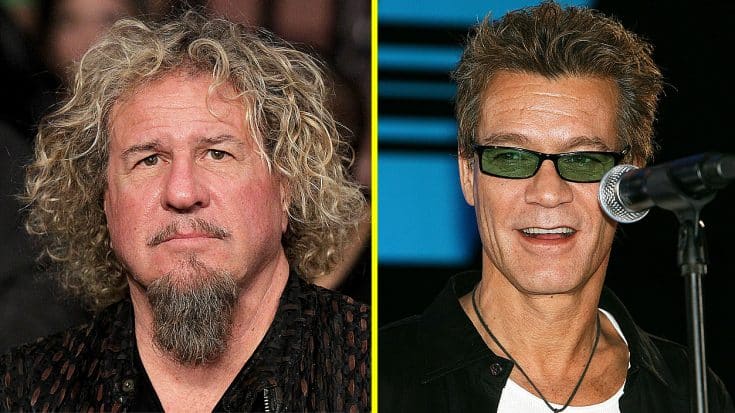 For years now, fans of the Van-Hagar era have been chomping at the bit to see a reunion of this particular lineup which would include Sammy Hagar, Eddie and Alex Van Halen, and Michael Anthony. For many years we’ve heard rumors and speculation about this possibly happening and all four members at some point have expressed interest in this, as well.

That being said, according to Sammy Hagar, that will most likely not be happening. In an interview with Newsday, he was asked about a reunion. Here is what he had to say.

“The last thing I want to do is have one of us, that are still alive and able to do something, die and then go, ‘I wish we would have got together one more time.’ The Van Halen thing, I think, is a dead horse. Honestly, I’m so busy and occupied with everything else in my life that it’s not on my front burner where every day I’m checking my e-mail. It’s not on my bucket list.”

If you’re like me and have always wanted to see the Van-Hagar lineup on stage one more time, this is certainly disappointing news to hear. That being said though, who knows what the future holds. As we’ve seen MANY times in the rock world, things could change in an instant. So, while I don’t recommend holding your breath, let’s not be completely unhopeful!