Stevie Nicks Hears This Band’s Cover Of “Landslide” – Her Reaction Is Priceless! 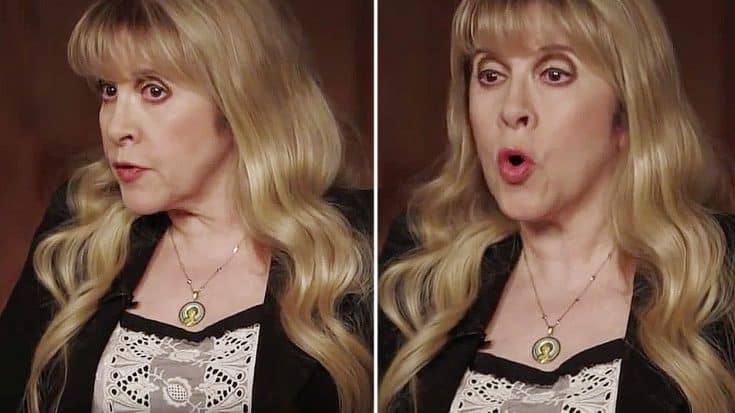 There’s no bigger vote of confidence than when a legendary artist not only approves of what you’re doing, but actually loves it and genuinely wants to work with you as a result. The Smashing Pumpkins found this out after their 1994 cover of Fleetwood Mac’s “Landslide” went on to become one of the band’s most beloved tracks, making it to the top three on the Modern Rock Tracks chart in the US that year and number 30 on the US Airplay charts before Fleetwood Mac’s own Stevie Nicks caught wind of it and didn’t hesitate to let The Smashing Pumpkins know that she not only approved of their interpretation of the 1975 classic, but that she absolutely loved it.

“There’s nothing more pleasing to a songwriter than [someone else] doing one of their songs. [‘Landslide’] also led me to being friends with Billy [Corgan] and the possibility that we’ll work together,” she told SonicNet in 1998.

“Over this song, there’s been this incredible connection … he reached out … I believe that my poetry is really meant for everyone, no matter what age.”

With frontman Billy Corgan at the helm and guitarist James Iha’s delicate guitar work capturing that note of sharp note of nostalgia that always catches at the back of your throat, “Landslide” as interpreted by The Smashing Pumpkins wasn’t just another cover or even a last minute B-side to the band’s own “Disarm” – it was a respectful, faithful take off of a well loved favorite whose legacy precedes that of the woman who wrote it and it’s one we’re sure you’re going to love just as much. Enjoy!