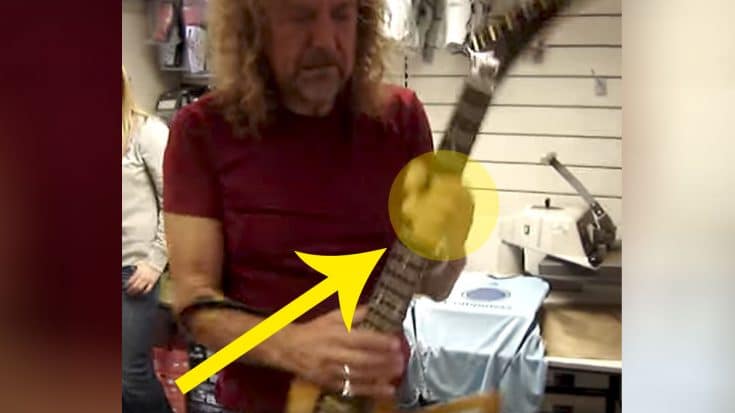 Robert Plant Can Do It All!

Robert Plant is truly talented – that’s pretty much a given. He is a singer, songwriter, and frontman for the legendary rock band Led Zeppelin. He is also arguably one of the most influential singers in rock history. All that being said, it’s not often that you think of Robert Plant and a guitar in the same setting. Usually, Jimmy Page is the one to take care of that. That is… until now!

What you’re about to watch is Robert Plant show up in what appears to be a store or similar establishment type place. He is immediately greeted by fans, but that more noticeable one is a woman that hands Robert her son’s guitar.

To everyone’s delight, rather than simply shun her away and not give her the time of day, he puts the guitar on his shoulder and proceeds to do something that gets EVERYONE filming! This is truly special! See for yourself!

“But to try and make it something to fit in with the a symbol of success just for the hell of it, or to go back to try to relive the glory days, I don’t think that’s really where I’m at at this time in my life.

It’s simple stuff like this that makes you love rockstars like Robert Plant so much more. They’re already up there, at the top of the world and they have everything at their feet. And yet, they go out of their way to do something for their fans to show them that they matter.

Sure, his guitar playing may not be perfect but who cares really? It’s the thought that counts.