Fan Crashes Stage And Heads To Mick Jagger, Keith Richards Stops Him With WHAT? 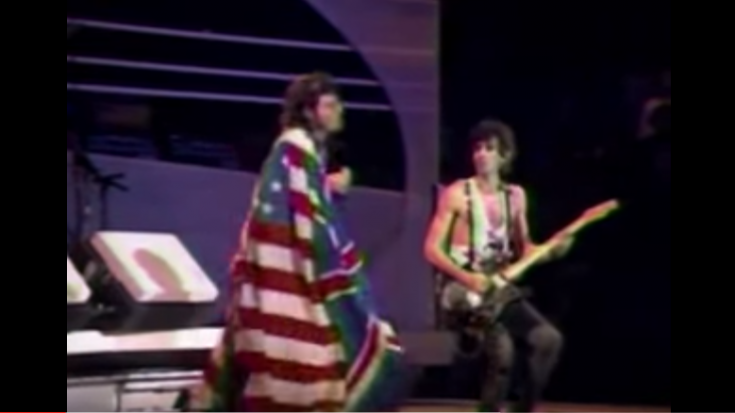 Ladies And Gentlemen, That’s How You Get Satisfaction!

On December 18, 1981 during their concert at the Hampton Coliseum; the Rolling Stones were rocking out to ʺ(I Can’t Get No) Satisfactionʺ when suddenly, a fan went up on stage towards Mick Jagger. Good thing Keith Richards noticed the guy and guess what he did? He used his Fender Telecaster not just to block him but to wipe him off. No, scratch that. Keith hit that stage-crashing fan. It’s like he was heading for a home run and SWING! Wait, were you worried it affected the guitar? Because I was!

But surprisingly or not, it stayed in perfect tune pretty much like nothing happened at all. That’s as rock ‘n roll as it can get. This is why you should never mess with Keith or you’ll get whacked with his axe. Yep, he’s kind of a savage like that. That’s why we love him! 🙂