Fan Asks Steven Tyler About Retirement, And He Gives An Answer No One Was Expecting! 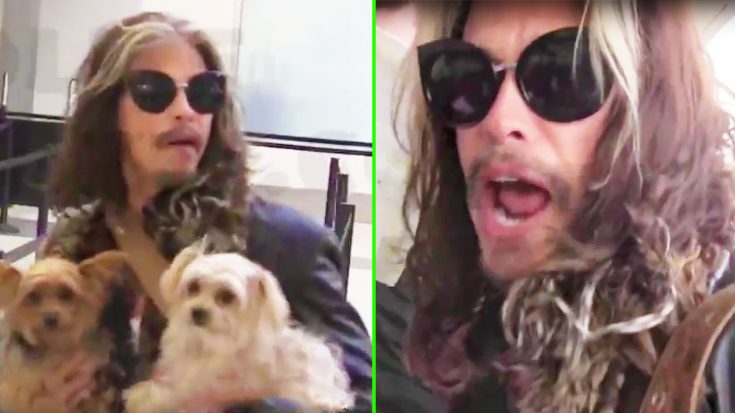 He’s so polite and humble

Usually when a celebrity is constantly followed by the paparazzi they will lash out and become hostile towards them. Steven Tyler does the exact opposite. Rather than instigating the leeches that are the paparazzi, Steven has polite conversation with them, and tends to keep his cool 99% of the time.

Recently, Steven was greeted by paparazzi when he arrived at an airport. They asked Steven some questions, including one about his retirement plans!

The paparazzi asked Steven if he’s “thought about hanging it up any time soon.” Steven responded in a joking tone by saying “Every morning!” They both laughed, and then Steven went on to say, “I’ve got nothing to hang up! There’s too much passion.”

This video was shot earlier this year, around the same time Steven released his first country album, so it’s no surprise that Steven is holding true that he plans on sticking around for a while! In the interview, Steven also talks about his opinions on Guns N Roses reuniting, as well as revealing what other band he would want to be the lead singer for!

Check out the on the fly interview down below!