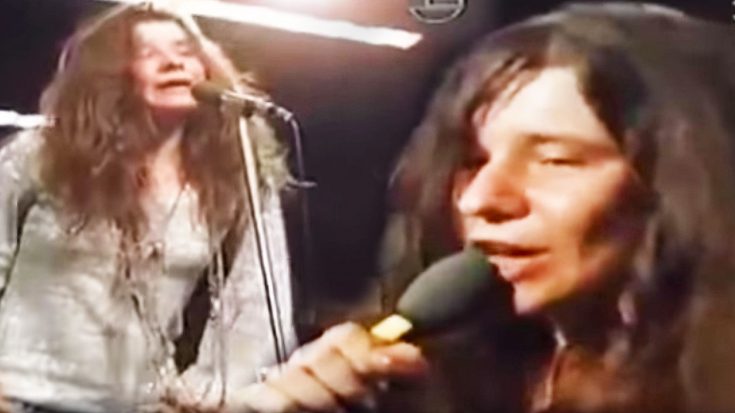 She was one of a kind, and gone way too soon

It’s been 46 years since Janis Joplin’s tragic passing. She was a beacon of light in music, had so much soul and was just an all-around beautiful person. it’s unfortunate she died at such a young age, because she would still be one of the most prominent performers in today’s music world.

With that being said, the only thing we can do is look back, and today we look back at Janis’ epic performance in Frankfurt, Germany in 1969! Janis performed her hits “Summertime” and “Ball and Chain.” Both songs are fantastic, and are done in her amazing raspy voice. It’s a raw and rough cover, and includes some rare interview footage with Janis as well!

Fun Fact:When Joplin performed “Ball and Chain”, she would often end it with a free form section singing, “Love is such a pain, love is such a pain,” in a kind of rapture. Joplin explained that when she was able to achieve this, she was “transcending” the song – a talent that made her a uniquely gifted singer.

Check out the amazing performance down below, and reminisce about Janis’ amazing career!