Extremely Rare Footage Of Jimi Hendrix And The Rolling Stones Backstage— Watch What Hendrix Does! 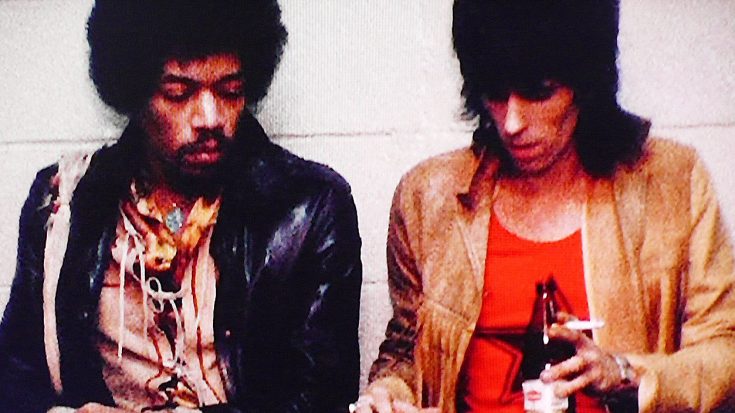 Does it get any better than this?

We’re so fortunate to have dug up this extremely rare footage of Jimi Hendrix and The Rolling Stones hanging out backstage at a concert! In the footage you can see Jimi talking with Stone’s guitarist Keith Richards. Most of the footage is dubbed over by an instrumental song, but it briefly cuts into a conversation Jimi and Keith are having. It’s difficult to make out what they’re saying, but they appear to be making each other crack up with laughter!

Make sure to keep your eyes on Jimi, beause this clip truly exhibits what an amazing guitarist he was. Jimi obviously played left handed, and would switch the strings up on his guitar to accompany his style. But in this video, he picks up a random guitar and just begins to play it! The ability alone to do that, especially when you’re so used to a specific set up, guarantees why he’s the greatest of all time!

You can also see Mick Jagger in the footage toward the end, and the video closes with some other rare photographs of the musicians all together!

Check it out for yourself down below!