EXCLUSIVE: Fan Footage Surfaces Of One Of The Eagles’ Final “Hotel California” Performances 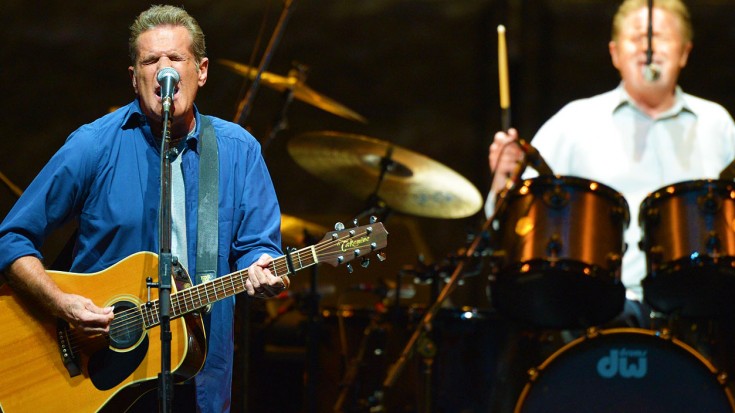 “On A Dark Desert Highway…”

It’s been a rough year for classic rock band the Eagles and their fans – in January, Eagles founder Glenn Frey passed away at the age of 67 following a battle with rheumatoid arthritis, acute ulcerative colitis, and pneumonia and less than a week ago, surviving Eagle Don Henley announced the official end of the band, citing their 2016 Grammy tribute to Frey as “an appropriate farewell.” It’s hard to imagine the boys not coming together again for “Hotel California” – but lucky for us, Eagles fan Jeffrey Rausch captured one of the last ever performances of this Eagles classic on the band’s final tour last summer, and it’s the perfect sendoff for a band that’s been with us for 4 decades.

Surely fans in Miami, Florida had no idea that this was the last time they’d ever hear “Hotel California” live, which makes this footage extra special and puts a special burn on the countless sunsets we’ve spent cruising down an empty freeway with this song playing.

Fun Fact: This won the 1977 Grammy for Record of the Year. The band did not show up to accept the award – instead, they watched the ceremony on TV while they were rehearsing.

We’re not alone in saying that we’re really, really going to miss Glenn Frey and the Eagles. Check out the footage below and relive one of the last times these legends would ever be together onstage, and don’t forget to take a drive down your favorite stretch of road with this classic playing on your car stereo!