Exclusive: Check Out This Rare, Behind The Scenes Clip Of Lynyrd Skynyrd During Rehearsals! 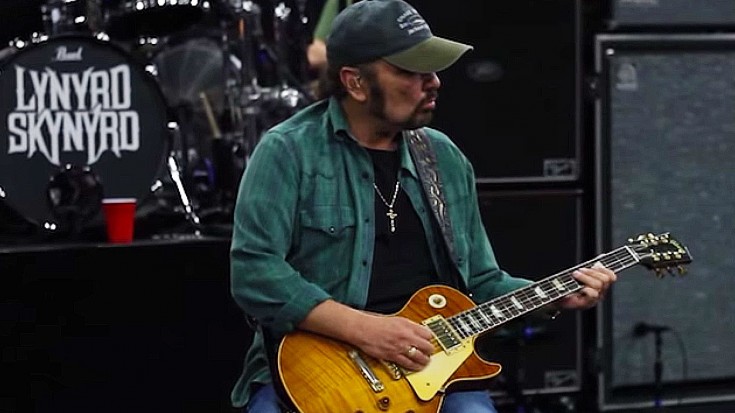 See You On The Road!

Yesterday it was announced that Lynyrd Skynyrd will be hitting the road with Peter Frampton this summer for what’s slated to be one of the hottest rock tours of the season; but with the tour not kicking off until June 3, we’ve still got a few weeks left to go before Jacksonville’s hometown heroes hit the road for a summer of Southern comfort – so what’s a Skynyrd fan to do in the meantime?

To help the Skynyrd Nation get ready for the hottest summer on record, we’ve got an exclusive look behind the scenes of an actual Lynyrd Skynyrd rehearsal session, giving fans a peek into how these Southern rock legends prepare for a big tour.

Filmed in 2013 and just before the boys headed out on their 40th Anniversary tour, this footage features Johnny Van Zant, guitarists Gary Rossington, Mark “Sparky” Matejka and Rickey Medlocke alongside drummer Michael Cartellone as they run through “Swamp Music”; for the first time ever, fans get to go behind the velvet rope to see how the hardest working band in rock and roll gets ready and in true Lynyrd Skynyrd fashion, it’s both hilarious and really, really cool – not to mention a little sweaty, as Johnny proves in the video’s first few seconds!