Ever Wonder What AC/DC Would Sound Like With Kirk Hammett On Guitar?—Well, Here’s Your Answer! 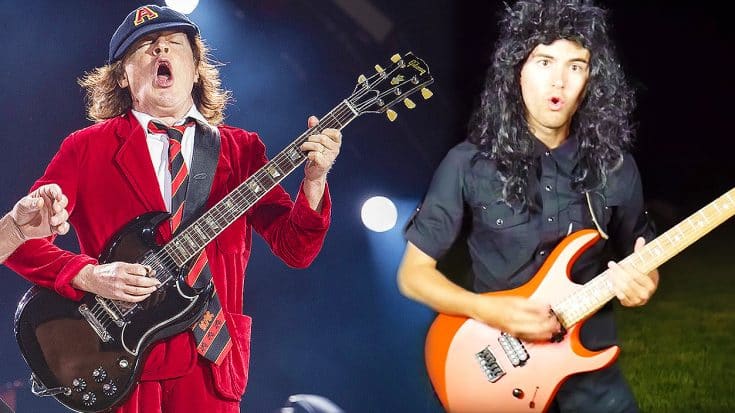 For Whom the Hell’s Bells Toll….

The band Metallica wouldn’t be compete without lead guitarist Kirk Hammett. Kirk is a one of a kind guitar player and has been known for his ability to give a melodic sound to the heavy metal icons. In addition, his solos are incredibly fast and complicated.

Fun Fact: Kirk Hammett was schooled by Joe Satriani for two years and he was his last student.

There’s no denying that Kirk’s guitar playing defines Metallica, but have you ever wondered what other bands would sound like if they had Kirk on lead guitar? Well, YouTuber Steve Terreberry sampled a few bands, and reworked their sound as if Kirk were on lead guitar, and the result is pretty awesome! Steve samples bands like AC/DC, Black Sabbath, Green Day and Led Zeppelin. The sound is pretty creative, and we must say, in some bands it actually works! Steven even busts out the wah pedal for the complete Kirk Hammett effect, and even gives us a bonus at the end of what it would sound like if David Gilmour was in Metallica!

Check out the awesome video down below for yourself and let us know what you think!