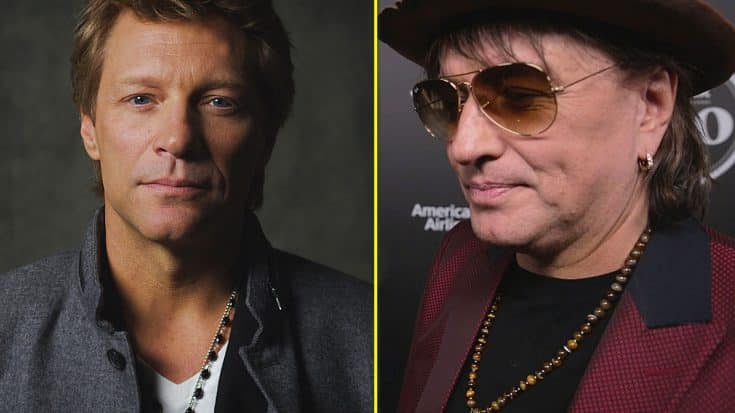 If you were shocked by Richie Sambora’s seemingly sudden departure from Bon Jovi in 2013, don’t worry – you’re not alone. Four years after Sambora simply “stopped showing up for work,” fans are still left wondering as to what exactly happened to prompt the 57 year old guitarist to abruptly give up his spot as Bon Jovi’s lead guitarist and principal songwriter alongside Jon Bon Jovi, knowing that there was more to the story beyond the guitarist’s desire to spend more time with his teenaged daughter Ava.

But according to an interview with Today’s Willie Geist, Jon Bon Jovi reveals that there really isn’t more to the story – as in, Sambora’s exit was just as confusing for the guys in Bon Jovi, if not more so:

“We didn’t anticipate it. There was no fight, it was nothing about anything. He just didn’t show up for work,” shrugs Bon Jovi, seemingly still at a loss for words to explain the sudden departure.

Despite a friendship that spanned more than 30 years, Bon Jovi and Sambora haven’t exchanged words publicly since the 2013 split aside from a few good natured exchanges on social media shortly before the release of Bon Jovi’s latest album This House Is Not For Sale last year, and while Jon stressed that he wasn’t going to let Richie’s decision derail the progress of a band he’s put his heart and soul into for 3 decades, he also wants you to know that you’ll never hear him utter a negative word about his old friend.

“What was then was then and what is now is now,” he said. “You’ve never heard me say a bad word about the guy. I love him to death. But there was no way I was going to be hindered by his departure.”