Footage Of Lars Ulrich’s Baby Son Playing Drums Surfaces, And It Doesn’t Get Any Cuter Than This 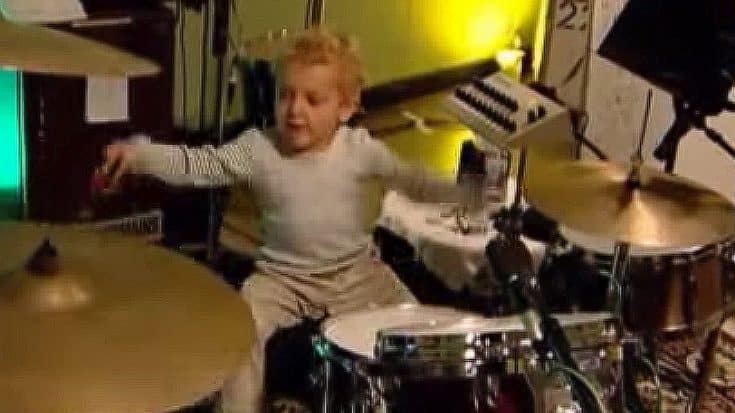 There’s nothing cooler than getting to head into work with your parents, but “Take Your Child To Work Day” takes on a brand new meaning when your dad is in one of the biggest metal bands to ever walk the earth and ‘work’ is a recording session. Just a baby when Metallica let themselves be filmed for their critically acclaimed documentary Some Kind Of Monster, drummer Lars Ulrich’s oldest son Myles can be spotted during one of the band’s St. Anger recording sessions toddling around the chaos of Metallica’s makeshift recording studio, at one point crawling up behind Lars’ drum kit and pulling out a pair of his dad’s sticks before starting his own impromptu jam session” during a lull in recording.

In an interview with The Advertiser’s Kathy McCabe, Lars Ulrich shared: “Yes, I am a Mr Mom. I take care of three kids pretty much full time — they are 3, 9 and 12. My main job is being a taxi driver or a chauffeur. I just drive kids around all day. So when I’m on tour, I get a chance to be driven, and handed blueberry protein shakes — without vodka — and to sit and check my lack of hair in this mirror.”

Myles is absolutely adorable as he asks Lars if he’d like to play the drums with him, prompting the proud dad to kindly reply that he’d been playing drums all day but that Myles could play for a while if he wanted to. Now 18, Myles is on his way to forging his own identity as a fiercely talented drummer in his own right, but after watching this video it’s pretty easy to see that he’s always been destined to follow in his old man’s footsteps!