Ever Wonder How Guns N’ Roses Prepare For A Show? You’re About To Find Out! 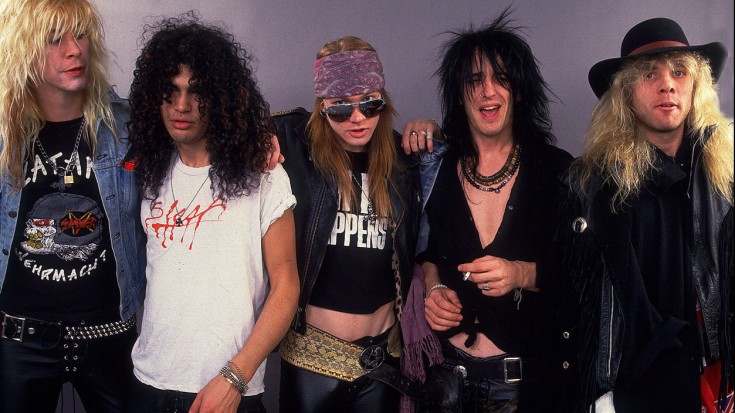 Last week saw Guns N’ Roses hit the road on their highly anticipated Not In This Lifetime Tour, defying naysayers who said the band’s Appetite For Destruction-era lineup would never reunite, much less get it together (and keep it together) enough to go on a full scale tour. We remember them as freewheeling partiers, known as much for their debauchery and excess as they are for classics like “Sweet Child O’ Mine,” but more than 20 years later the wild pasts behind and leaving us to wonder just how a band who once prepared for shows with all things sex, drugs and rock and roll now gets ready for what’s easily the biggest tour of their career.

Fun Fact: Guns N’ Roses have changed their lineup over 22 times since they burst onto the scene in 1985.

We didn’t have to wonder for long: Guns N’ Roses keyboard players Dizzy Reed, Melissa Reese and drummer Frank Ferrer teamed up to share a few of their favorite ways to prepare for shows, even chiming in with the songs they’re looking forward to playing the most over the course of the next few weeks. Dizzy revealed that his chosen method of relaxation before a show includes “getting loose” with a shot or two of Jägermeister, where as Frank prefers to relax in relative quiet with a glass of wine. As for Melissa Reese? Getting “all jacked up on sugar and ready to go” is how the Guns N’ Roses newcomer plans on prepping for the Not In This Lifetime Tour!