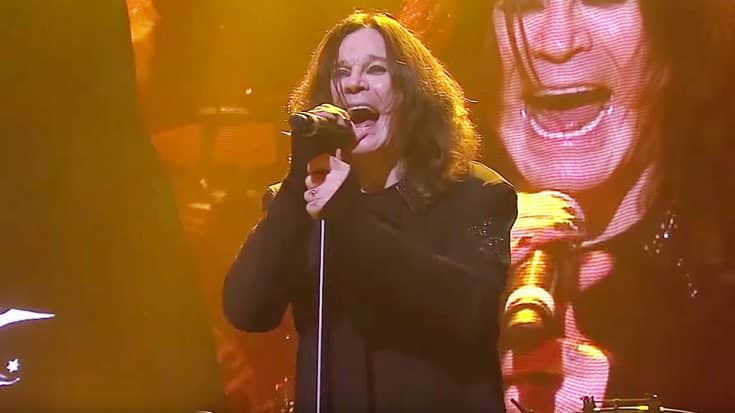 Nothing Beats The Original!

Though it pains me to say it, Black Sabbath are officially a retired band and we most likely won’t be seeing them live, anymore. And that’s a saddening statement because if you’ve seen them live, then you’d know that their live shows are really amazing. They are literally the innovators of heavy metal, and yes, you can argue and dispute that all you want, but it’s true… So deal with it 🙂

Anyway, on a more serious note, though the band is not touring anymore, the internet is home to hours of live footage of the band for us to watch so that we can relive this amazing band’s live moments. One such live moment as seen below.

“And I’ve got to tell you something, what a journey we’ve all had. It’s fucking amazing. We started this in 1968 and now it’s 2017 – I don’t fucking believe that shit, man. But you know what? We would not survive if it wasn’t for the fan base. So if you’re a veteran fan, great. If you’re new, welcome. But I can’t tell you enough how grateful we are for your support.” – Ozzy Osbourne

What you’re about to watch is a video in which the aforementioned Black Sabbath take to the stage in Melbourne, Australia and perform their iconic smash hit War Pigs. With all of the amazing covers of this song out there, there’s nothing like the original band playing it themselves. Don’t believe me? See for yourself!