Even 42 Years Later, Kansas Belt Out “Carry On My Wayward Son” Like Nobody’s Business! 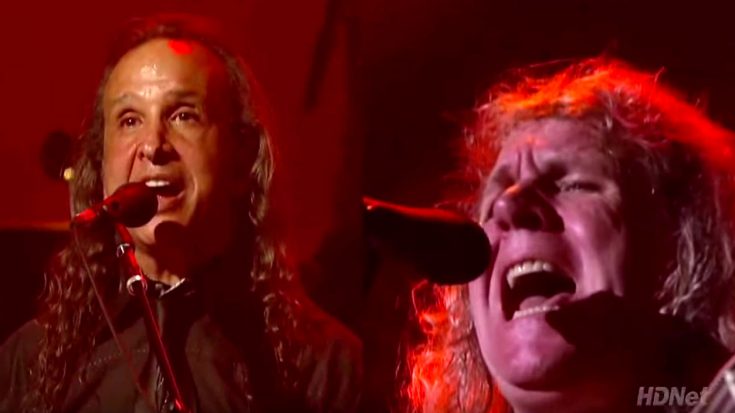 The legendary rock band known as Kansas have been writing, recording, and performing some of rock’s most iconic and influential anthems for the past 30+ years, and it doesn’t seem they’re going to be slowing down anytime soon.

They have a song called “Carry On My Wayward Son”. You may have heard of it. If you haven’t, first of all, how are you even here!?! Second of all, it’s an awesome rock song. That’s basically what you need to know, but anyway…

What you’re about to watch is a video in which the aforementioned Kansas take to the stage to play their their iconic song “Carry On My Wayward Son”. Though they are older in age, they still sound just as young as ever!

These guys are true rock gentlemen, and luckily for us, it doesn’t seem they’ll be slowing down anytime soon! Watch this amazing performance and see for yourself!