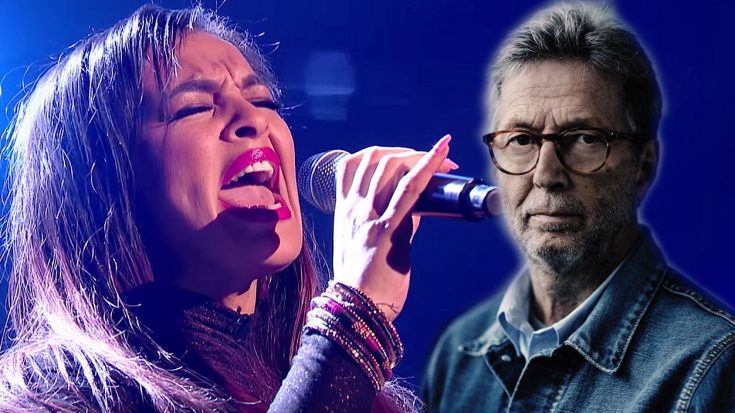 A Star In The Background Branches Out

If you’re at all familiar with the legendary guitarist known as Eric Clapton, then you’ll know that he is a guitarist that only hires the best of the best to share the stage with him. Whether it’s a fellow legend or in like in this case an unknown person slated to become the next great thing in music, Eric Clapton is known for having truly some of the best musicians that have ever walked the earth. And since being in Eric Clapton’s band, a great number of these musicians have gone onto becoming some truly legendary figures in the world of music, and this example we have here is no different!

What you’re about to watch is a video in which a former backup singer for the aforementioned Eric Clapton by the name of Michelle John takes to the stage on the hit TV show The Voice UK to sing the iconic hit It’s A Man’s World. To put it simply, this young girl steals the show, and keep your eye on the judges’ faces. Their reactions are priceless! Don’t believe me? See for yourself!