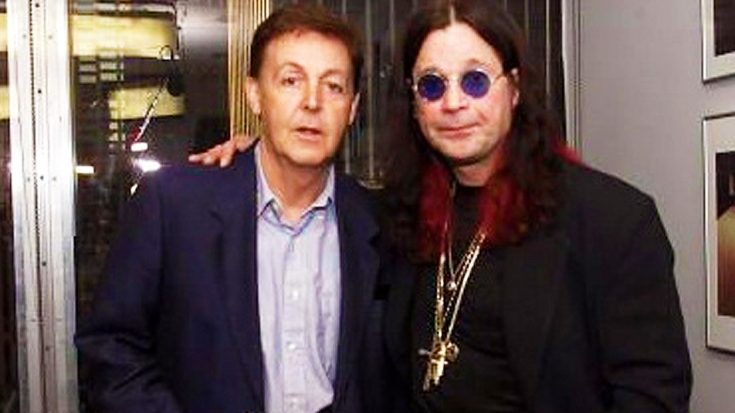 Even Stars get Starstruck!

Everyone has that one rockstar or celebrity that they would completely be baffled to meet. Little do you know, even rockstars feel the same way. They too have those idols that they looked up to, and are in utter disbelief if they are able to finally cross paths with them.

For Ozzy Osbourne, that idol is Beatles legend Paul McCartney. Ozzy had the chance to meet Paul for the first time a few years back! It’s kind of surprising that they had not crossed paths sooner, however. They are both from England, and have been in the industry for quite a while! But when they finally did cross paths, it was like they had known each other for years!

Ozzy and Paul swap stories, thank each other for their inspiration, and immediately become best friends! Ozzy is mainly the one who is starstruck. He tells Paul that he was his hero, and inspired him to pursue music! It’s an incredibly touching moment that you’ll for sure enjoy!

Check out the encounter down below! It’s pretty awesome!