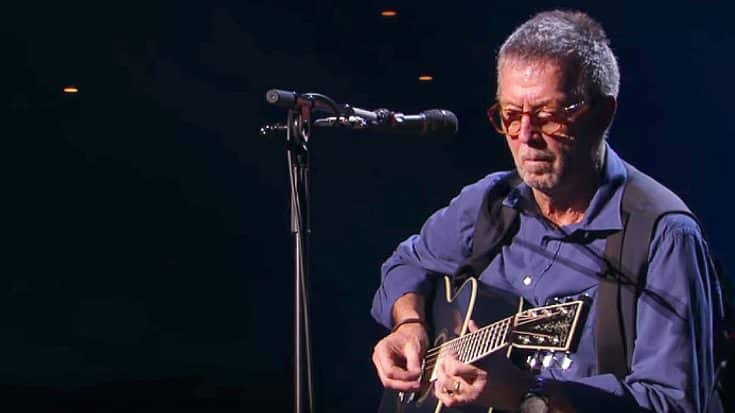 He Blamed The “Propaganda” About The Safety of the Vaccine

Eric Clapton has detailed his “disastrous” experience after receiving the first of his two AstraZeneca vaccines against Covid-19. He also blamed what he referred to as “the propaganda” regarding the vaccine’s safety. He made headlines last year when he appeared on Van Morrison’s infamous anti-lockdown song “Stand and Deliver”.

In February, Clapton was vaccinated and in a letter he wrote to Italian architect and fellow anti-lockdown activist Robin Monotti Graziadei, the legendary blues guitarist shared that all did not go well.

“I took the first jab of AZ and straight away had severe reactions which lasted ten days. I recovered eventually and was told it would be twelve weeks before the second one,” Clapton wrote. “About six weeks later I was offered and took the second AZ shot, but with a little more knowledge of the dangers.”

“Needless to say the reactions were disastrous, my hands and feet were either frozen, numb or burning, and pretty much useless for two weeks, I feared I would never play again, (I suffer with peripheral neuropathy and should never have gone near the needle.),” he continued. “But the propaganda said the vaccine was safe for everyone.”

In the same letter, Clapton talked about discovering “heroes” like UK politician Desmond Swayne, who like him, didn’t agree with the lockdown restrictions.

“I continue to tread the path of passive rebellion and try to tow the line in order to be able to actively love my family, but it’s hard to bite my tongue with what I now know,” Clapton added. “I’ve been a rebel all my life, against tyranny and arrogant authority, which is what we have now.”

He further explained that though he sang Van Morrison’s lyrics, the words “echoed in my heart”.