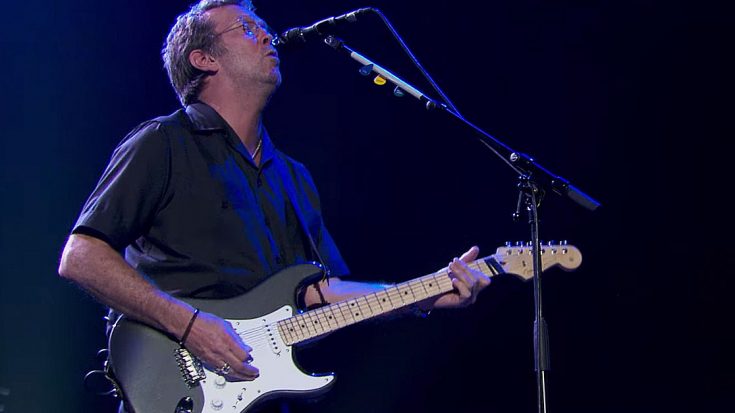 Eric Clapton surprised everyone last year when he joined forces with Van Morrison. It wasn’t so much as the musical collaboration, but more on how they shared the same anti-lockdown stance. Back in May, Clapton had a lengthy diatribe about his “disastrous” experience after receiving a Covid-19 vaccine.

And so given all the things he previously said, perhaps it comes as no surprise that he announced he won’t be playing in venues where proof of vaccination is required. This comes after the news of U.K. Prime Minister Boris Johnson saying that vaccine passes will now be required at clubs and other venues.

“Following the PM’s announcement on Monday the 19th of July 2021 I feel honor-bound to make an announcement of my own,” Clapton said in a statement. “I wish to say that I will not perform on any stage where there is a discriminated audience present. Unless there is provision made for all people to attend, I reserve the right to cancel the show.”

This was posted on the Telegram account of film producer and architect Robin Monotti, who shared Clapton’s sentiments on both the coronavirus vaccine and the U.K. government’s response to the ongoing global health crisis.

Clapton is slated to perform in the U.K. in May 2022, and he’s booked to play at the Royal Albert Hall in London for two shows. He also has a couple of concerts in North America this September.