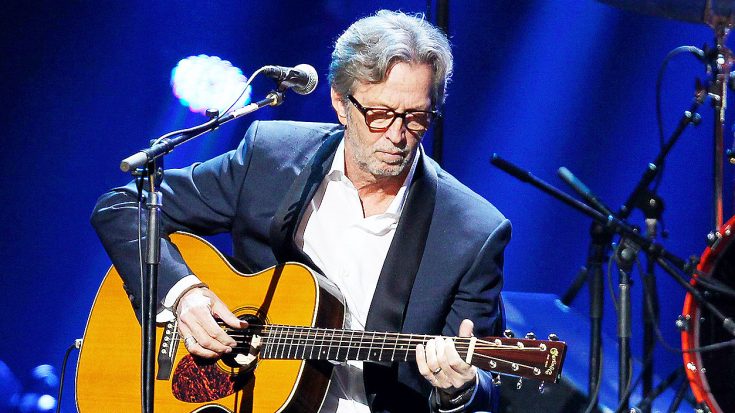 Unexpectedly, the new song appeared without a press release. Given that it came out on the same day as the U.K. Prime Minister Boris Johnson left government as a result of ongoing controversies, is thought to have been the inspiration for the song, according to several fans online.

Johnson has received criticism from Clapton in the past, particularly for how the leader handled the COVID pandemic. About a year ago, the former prime minister declared that concertgoers in the UK venues must provide proof of vaccination. Clapton said in a statement at that time:

“I wish to say that I will not perform on any stage where there is a discriminated audience present. Unless there is provision made for all people to attend, I reserve the right to cancel the show.”

Clapton’s objections led him into releasing anti-lockdown songs. Last year, he collaborated with fellow anti-lockdown Van Morrison and released protest tracks such as “Stand and Deliver” and “The Rebels” as well as one of his own “This Has Gotta Stop,” a song which he voice out his frustrations with the measures put in place to help curb the spread of COVID-19 while criticizing the vaccine.

The veteran rocker has been publicly vocal about his opposition to lockdown restrictions and vaccinations over the past two years, after receiving the AstraZeneca vaccine, he claimed to suffer “severe reactions.” He once explained:

“My hands and feet were either frozen, numb or burning, and pretty much useless for two weeks. I feared I would never play again.”