Ed Sheeran Joins Eric Clapton For An Epic Performance Of “I Will Be There” – Wow! 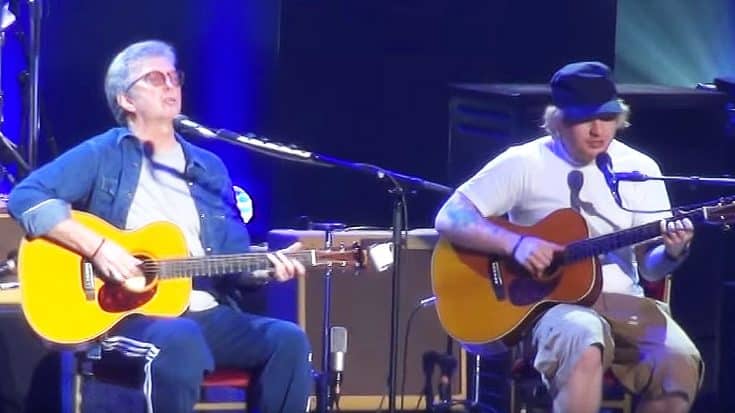 A Match Made In Heaven!

It goes without saying that if Eric Clapton comes through to your town, you should go and see one of his live shows because it will be amazing. Not just because it’s Eric Clapton and he’s awesome, but also because you never know when he’ll bring out the occasional surprise guest. Like the time he rolled through Japan and brought a very special friend on stage with him!

What you’re about to watch is a video in which the aforementioned Eric Clapton takes to the stage to perform “I Will Be There”, but with a twist. He brings the iconic Ed Sheeran on stage with him. See for yourself!