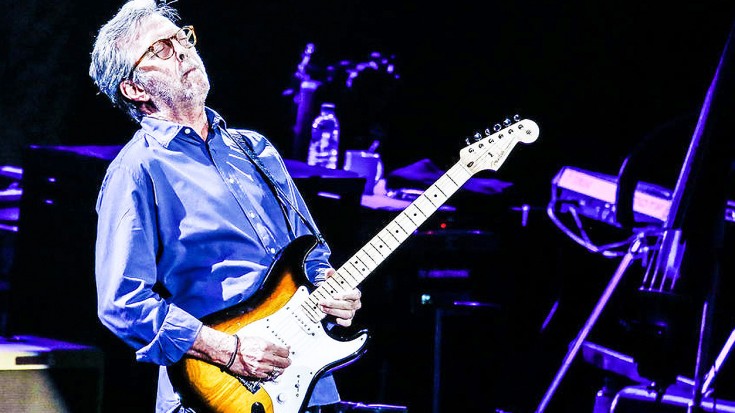 Helping out those in need is always rewarding. This weekend, Eric Clapton helped out a fellow musician in need by auctioning off one of his Fender Stratocasters. The guitar was used by Clapton at the 2015 Slowhand at 70s show, and was auctioned off at Heritage Auctions in Dallas, TX. An anonymous bidder called in and bought the guitar for an impressive $45,000! The majority of the money will go toward helping out former member of Asleep at the Wheel Johnny Nicholas pay off medical bills from his late wife, Brenda’s, battle with leukemia. The other portion of the money will go directly toward leukemia research.

“When Brenda was diagnosed with Leukemia, Mr. Clapton was kind enough to offer one of his personally owned and played guitars to help raise money for Brenda’s courageous fight. Sadly, Brenda Nicholas recently lost her battle with the disease. However, it is the desire of Mr. Clapton to see this wonderful guitar sold in an effort ease the Nicholas family’s medical expenses and to further alternative Leukemia treatment research.”- description of the item at the auction.

Nicholas played with Asleep at the Wheel for only a year (1978), but since then took a break from music to raise a family. He eventually began a solo project and released a few blues albums. Clapton’s “mint condition” Masterbuilt Stratocaster was built by Todd Krause in 2014. The guitar was one of two Clapton played at the show, and came with a certificate of authenticity, hard case, case candy, tool kit and Clapton’s autograph in black Sharpie on the pickguard.

Check out this clip of Clapton playing at the concert the guitar was used at down below!