AWESOME! Rare Footage Of One Of Kirk Hammett’s First Solo’s With Metallica! 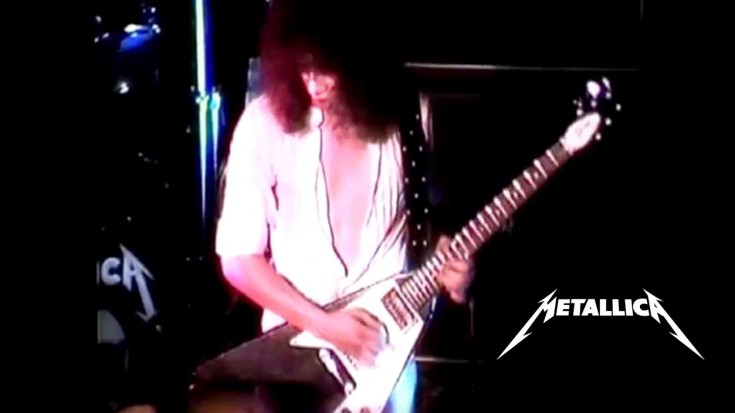 The Beginning Of A Rock Legend!

It’s no surprise that Metallica’s lead guitarist Kirk Hammett is no stranger to picking up his guitar and melting faces from arena to arena. He is a master of the guitar and beloved by fans all over the world. Kirk Hammett has been going strong for over 30 years. He is arguably the most influential metal guitarist of our time.So you can bet that seeing a guitar solo by Kirk Hammett live would be an absolute treat, especially in his early days!

What you’re about to watch is Kirk Hammett perform a guitar solo all the way back in August 12th, 1983. That’s 33 years ago! In this solo you’ll see the edgy groundbreaking style that Kirk has made famous in his playing, especially when he let’s the audience finish the solo for him!

What really makes this video amazing is his unique and innovative showmanship that he has made famous over the years. He can shred, he can bend, he can do it all! Kirk Hammett is nothing short of a musical genius. Let it be known that he was just getting started here. Imagine what his solos are like now!