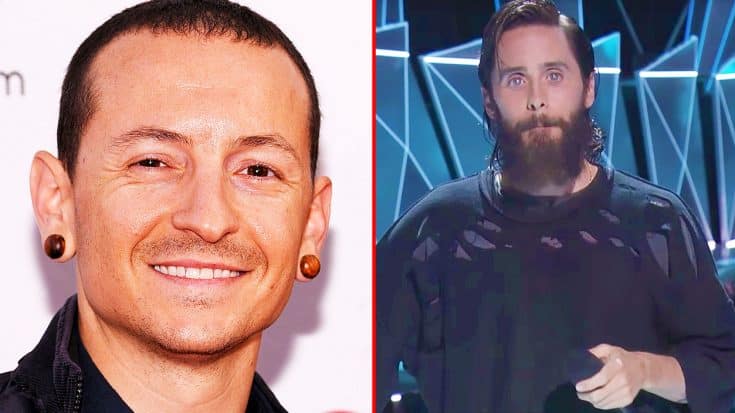 Last month, Linkin Park’s frontman Chester Bennington took his own life at the age of 41 years old. The news shocked the music world, and put mental illness and depression at the forefront of health conversation. Especially after Chris Cornell killed himself earlier this year as well.

Last night, MTV paid host to the annual Video Music Awards and took the time to pay tribute to Chester, and Chris. MTV called upon 30 Seconds to Mars lead vocalist, activist and actor Jared Leto to say a few words about Chester and Chris. On the brink of tears, Jared recalled how they were all close and how they all toured together. He recalled their individual friendships and expressed how much talent they both harnessed.

Toward the end of the speech, Jared called upon anyone who was going through struggles to please get help, and assured them they are not alone. The speech was beautiful and inspiring, and definitely did both artists incredibly proud.

Following his speech, MTV presented a clip of Linkin Park’s performance at the 2010 VMA’s.

Check out Jared’s powerful speech down below, and catch a glimpse of Linkin Park’s 2010 performance down below as well!