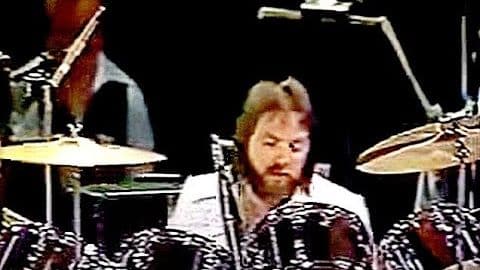 Ronnie Tutt, best known as the drummer of Elvis Presley and the Jerry Garcia Band, passed away at the age of 83. The cause of death was not provided.

“We enjoyed each time he joined us here to celebrate Elvis Week, Elvis’ Birthday and many other special occasions,” the statement continued. “Ronnie was an amazing ambassador to Elvis’ legacy – sharing his memories of working with Elvis with fans – as well as bringing Elvis’ music to arenas around the globe through later Elvis in Concert shows and performances.”

Tutt joined the famed backing group of Presley for his famed “Taking Care of Business” (TCB) tour. Even after Presley’s death in 1977, Tutt continued to share the stage with the TCB Band.

“I just remember the good things, that’s for sure. You got to,” Tutt told Rolling Stone in 2017. “I just remember laughing a lot and having a good time musically, so I have nothing but good memories.”