Elton John Offers Up Heartfelt, Emotional Glimpse Into A Side Of George Michael That Few Knew Existed 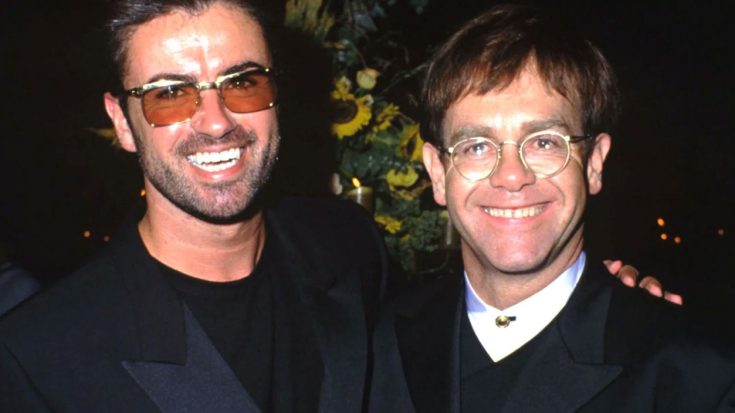 George Michael’s death at the age of 53 came as a shock to many of us but none so much as his old friend Elton John, who has been visibly struggling with his friend’s loss and was one of the first to pay tribute to the late pop icon. Nearly two months later, it looks as if George’s death still weighs heavily on Elton as last night saw him use his Beats 1 Radio show The Rocket Hour to pay tribute to his friend yet again, offering fans a heartfelt, emotionally charged glimpse into a friendship that spanned several decades and even spawned the pair’s massive duet “Don’t Let The Sun Go Down On Me” – he even revealed his favorite song from Michael’s career, which may surprise some:

“I wanted to do a little tribute to him on the show because not only was he a good friend, but he was probably one of the most brilliant songwriters this country’s ever produced, and certainly one of the best vocalists ever, one of the best in the world.

It was an amazing friendship based on music to start with, and I remember sitting in the car just off of Hyde Park listening to a cassette of ‘Wake Me Up Before You Go Go’ and I said, ‘George, that’s the nearest record I’ve heard to a Motown record for years and years.’

It was such a great record, and he and I became great friends. I just want to remember him for his wonderful music and his kindness, which people are commenting on.”

What Elton really wants the world to know and remember most vividly about his friend, however, has nothing to do with his musical abilities and absolutely everything to do with his character – the same character that saw George Michael perform random acts of kindness and charity for total strangers: “He was the kindest, most generous man, and did it without wanting any publicity. I’ve seen him being so kind to so many people. I’ll miss him so much for his music but more than anything for his humanity.”