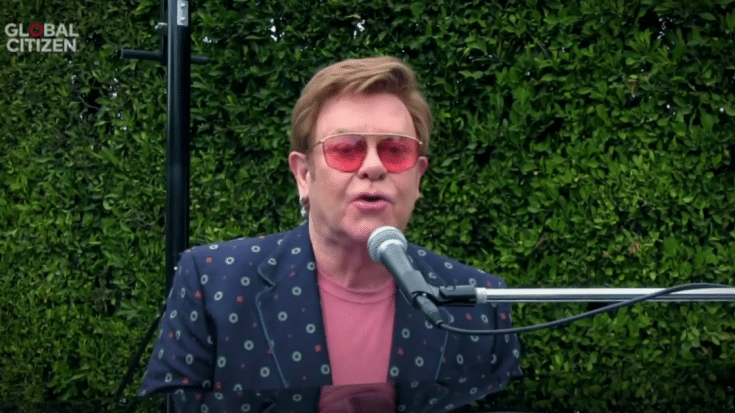 In the latest issue of Record Collector, Elton John revealed that he’s not keen on performing his most popular and enduring songs anymore. Instead, he’d like to delve deep into his catalog and bring out rarities.

He said, “I’m lucky to have so many great songs to play every night. But there is a point in time where you think, ‘I don’t really want to play this anymore. There are things like ‘Original Sin’ or ‘(Gotta Get a) Meal Ticket’ that I haven’t really played before – not enough anyway. But if I have to go back and play ‘Crocodile Rock’ again, it’s like, ‘I’m gonna kill myself.’

“So, after I’ve finished this tour, I don’t want to play some of these songs any more.”

He then added, “I’d like to do something like Kate Bush, where I can do a show and play some of these songs that are deep cuts.”

Meanwhile, a new documentary on the legendary musician is reportedly in the works and it will feature scenes that didn’t make it to the 2019 biopic Rocketman and even a never-before-seen footage of him and John Lennon. Titled The Pillars Of Hercules, it’s the longtime project of his guitarist Davey Johnstone.