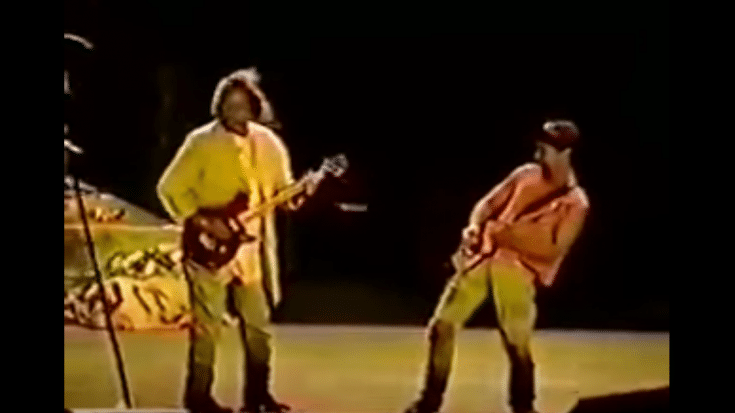 Both Eddie Van Halen and Leslie West had mad respect and admiration for each other’s talent on the six strings. They eventually struck up a friendship and even jammed privately together. Then, they shared the stage in August 1995 at the Jones Beach Theater in Wantagh, New York and performed “Mississippi Queen” – you can check out the video below. In 2008, they once again played together in Fort Lauderdale, Florida.

In an interview with Guitar World in 1987, West recalled: “I’d stopped playing, didn’t even want any guitars around. But while I was there I went to see two shows. One was because Neal Schon said to me, ‘Leslie, you gotta check out this kid who’s opening for us; he plays guitar like an organ, like a Bach organ fugue.”

He added, “I was totally taken aback – it was Eddie Van Halen, and he impressed me the way Clapton impressed me. And then the next night I went to see Sammy Hagar. What a co-inky-dink, eh?”

Hailed as one of the greatest guitarists in rock, West explained: “I’m no great guitarist technically. I only play with these two fingers [index and ring]. But you wanna know why people remember me? If you take a hundred players and put them in a room, 98 or 99 of ’em are gonna sound the same; the one who plays different, has some of his own, that’s the one you’re gonna remember.”