Elton John and Jack White Duet, And The Result Is One Of The Best Improvised Jams You’ll Ever Hear! 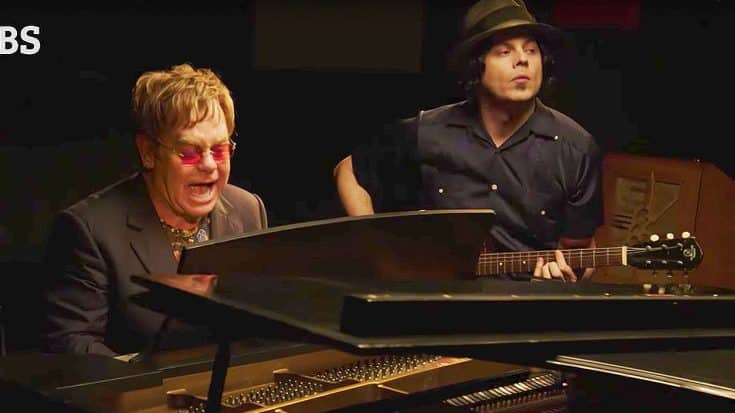 Everyone is familiar with the greatness of Sir Elton John.  The man is regarded as one of the greatest songwriters of all time, and is best known for his iconic piano playing, and voice. Not only that, Elton has a great appreciation for this generation of rock n’ roll music, so it was no surprise that he teamed up with guitarist Jack White for this special TV event on PBS.

The program is called The American Epic Sessions, and invites some of the greatest artists in music to a studio and record American classic songs using instruments from the 1920’s.

In this clip, White and Elton jam to the song “Two Fingers of Whisky,” which is an old rag time drinking song. The two of them improvise the jam, and Elton plays an old piano and White accompanies him on a classic electric guitar! The two of them sound phenomenal together, and we really hope this isn’t the last time we hear them on a track together!