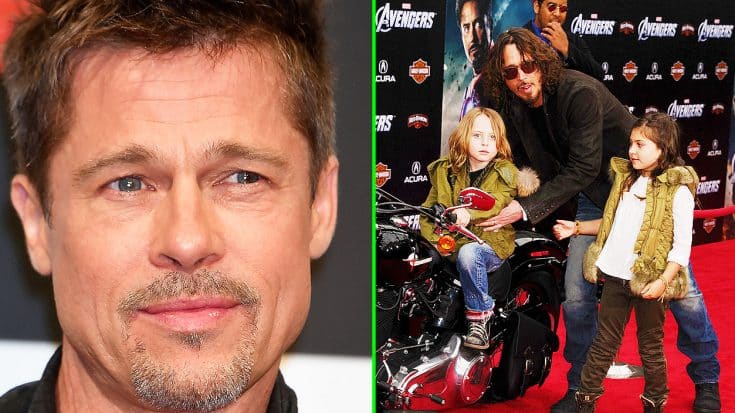 Friends help friends no matter what

Earlier this week, Chris Cornell’s family laid the late rocker to rest in an intimate and private ceremony. Later on in the day, they were joined by a group of his friends, who also held a ceremony honoring the legendary guitarist and vocalist.

It’s been a pretty somber time in the rock world since his passing, and we are keeping his family in our thoughts and prayers. One of Chris’ well-known friends, took a major step to help the family through their healing process with an endearing act of kindness this past week. Actor and philanthropist Brad Pitt, who was a great friend of Cornell’s, took two of Cornell’s three kids, Toni and Christopher, to Universal Studios in Hollywood for a nice day of fun.

Pitt treated the kids to butter beer and wands from Harry Potter World, as well as a thrilling ride on Jurassic Park. All in all, Pitt was trying to shed a little light in the kids’ worlds in this dark time for them.

Good on Brad for extending a helping hand to his close friend’s family!

Check out the pictures from the day down below.

#New #BradPitt at the Universal with Chris Cornell’s kids