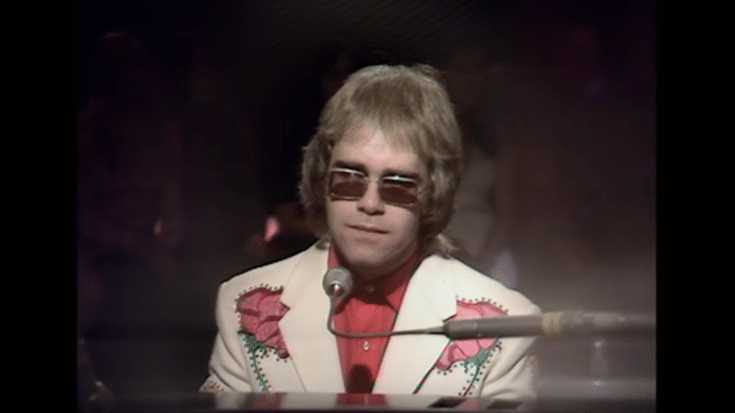 He Said He’s “Not Proud Of That Stuff”

In a new interview with The Guardian, Elton John admitted that he still working on his “erratic” and “unpredictable” behavior.

When he began abusing cocaine and alcohol, it brought out the worst in him. He trashed a hotel room, and he once mistook Bob Dylan for a gardener at a house party.

“I wasn’t unkind to anybody … I’m not horrible to people,” John confessed. “I’m not proud of that stuff, no, it makes me shudder. My behaviour was so erratic and so unpredictable. And it’s still in me, to explode at any moment. I’ve been trying to work on that for a long time and I’ve got a wonderful husband who knows how to get me out of that stuff.”

“I think it’s an artistic thing – artists can be so self-destructive sometimes, for no reason,” he continued. “I can have a day when everything in my whole life is going so well, and I get up and I feel like the world is against me. Why, I do not know.”

When pressed, however, John admitted that he did know. “The self-loathing, not having any self-esteem, that all comes from when I was a kid,” he explained. “That’s the way it was in the 50s – you got slapped round the face, you got a good hiding. ‘It was bloody good for you’ – it wasn’t good for me. It left me walking on eggshells.”

That went on until adulthood. Until he became sober, he was afraid to speak to anybody. People urged him to undergo treatment, which worked for him.

“I came to defrost, as it were, and discovered I did have feelings, and they went back a long time,” he recalled. “And I think it stays with you for the whole of your life … I just have terrible feelings about myself; I feel bad about myself sometimes.”