Eddie Van Halen Vs. Jimi Hendrix: Who Does It Better? 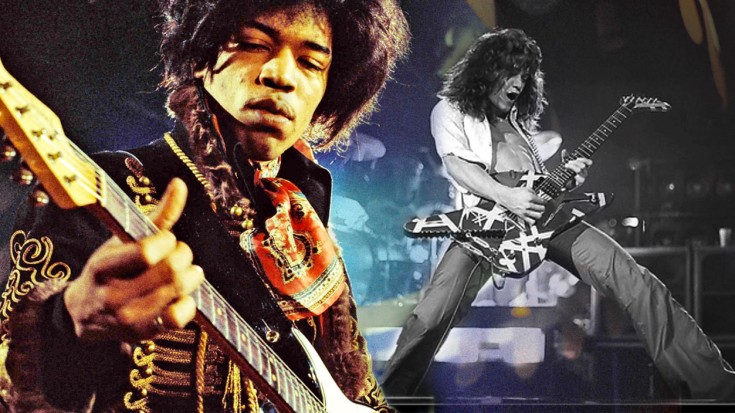 Van Halen vs. Hendrix: Who Does It Better?

The question of Jimi Hendrix vs. Eddie Van Halen is one that’s been tossed around for decades by guitar geeks all over the world, including myself. In the case of these two prodigies, what wins out? What intrinsically makes one guitarist better than the other and furthermore, why?

Even The Way They Approach Soloing Differs!

Eddie makes it abundantly clear that it’s he who controls his guitar – not the other way around. Each note is deliberate in his technique, and while he’s not afraid to experiment, Eddie’s no fool – he knows what works, and he sticks with it. Jimi, on the other hand, was a fan of picking up his Fender Stratocaster and letting it guide him, going with whatever note matched what was stirring in his soul.

With so many different factors to take into account, it’s hard to decide – and hey, who says we have to? They’re both amazing in their own right, and there’s a reason they both became real life guitar heroes!