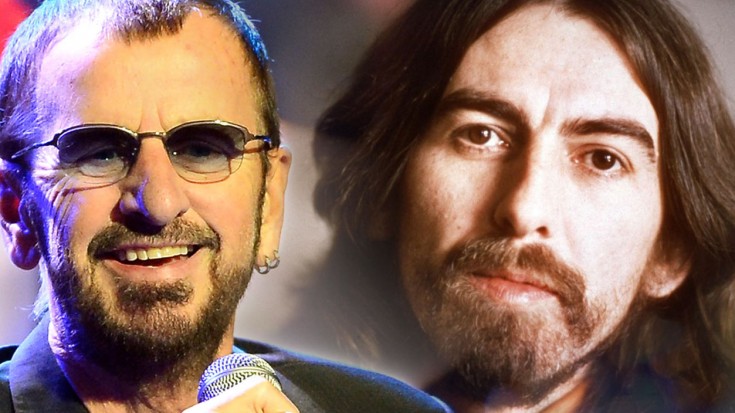 It’s a pretty well known thing that despite being the shy, introverted Beatle, guitarist George Harrison had a brilliant sense of humor. We didn’t get to see it come out to play often during his short time with us, but his friends and family can attest to the fact that right until the end, George always had something witty up his sleeve.

When Ringo Starr visited George for the last time, the last words he ever heard his friend speak were just that – witty and quintessentially George.

Despite Being Too Ill To Even Sit Up, George Made One Last Witty Offer:

Ringo shares, “I was going to Boston, cos my daughter had a brain tumour. And I said, “Well, you know, I’ve got to go, I’ve got to go to Boston” and he was… phew, it’s the last words I heard him say, actually… And he said, “Do you want me to come with you?” So, you know, that’s the incredible side of George.”

On one hand, George is missed beyond measure and like everyone, we wish the world had just a little more time with him. However, it’s impossible to listen to Ringo talk about their final conversation and not laugh a little because he was right – that was so very, very George as we all knew and loved him!