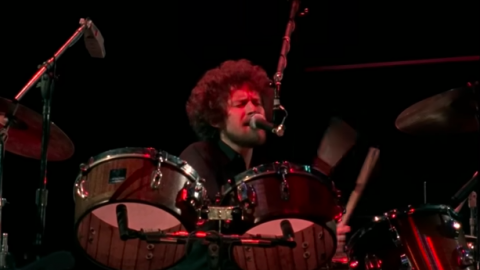 The Eagles now stream the remastered HD video of their 1977 live performance for their classic hit, “Hotel California.”

The band’s fifth album, which featured the Grammy Award-winning title track, went on to become the third best-selling US album in history after receiving a 26-times Platinum certification from the RIAA in 2018 for sales of more than 26 million copies.

“Hotel California” is just one of the songs included in the collection that have been uploaded when the Eagles launched eight remastered films from their back catalog as part of their formal YouTube debut. Other songs include “Hole in the World,” “In the City,” “I Can’t Tell You Why,” “How Long,” and “Busy Being Fabulous,” as well as live renditions of “No More Cloudy Days” and “Take It Easy.”

The Eagles have been witnessed playing an extended version of the Hotel California tour in the previous year and it has been an opening set by the classic rock band. It will be followed by a full album performance with an orchestra and choir as accompaniment and then proceeds to the second set of the band’s greatest songs.

Meanwhile, the group has announced that they will include a series of 2023 dates on the tour in Portland, OR on February 19.