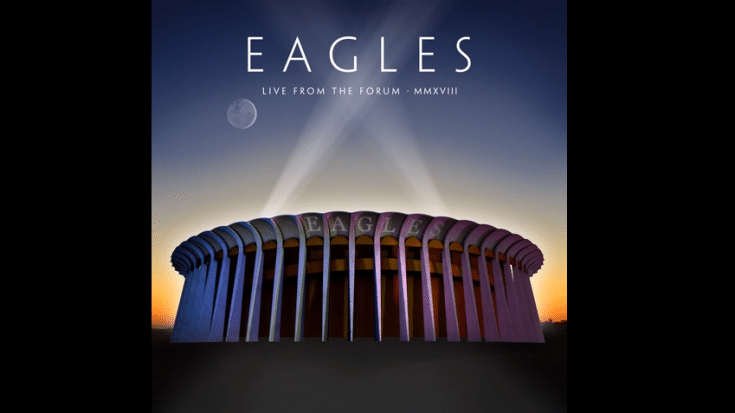 The Eagles have just released a new live take of their classic hit “Take It Easy”. It’s the third and latest preview of their upcoming album Live From the Forum MMXVIII, out on October 16 in a variety of formats. They previously released “Lyin’ Eyes” and “Hotel California.” Deacon Frey takes over the lead vocal duties for this version.

Recorded at The Forum in Inglewood, CA on September 12, 14 and 15, 2018, ESPN premiered the concert film on the Fourth of July weekend.

“Take It Easy” was written by Jackson Browne and Glenn Frey. It’s their debut single and the opening track on the band’s debut album. One of The Eagles’ signature songs, Browne recalled: “Glenn happened to come by to say ‘hi,’ and to hang around when I was in the studio, and I showed him the beginnings of that song, and he asked if I was going to put it on my record and I said it wouldn’t be ready in time. He said ‘well, we’ll put it on, we’ll do it,’ ’cause he liked it.”

He added, “But it wasn’t finished, and he kept after me to finish it, and finally offered to finish it himself. And after a couple of times when I declined to have him finish my song, I said, ‘all right.’ I finally thought, ‘This is ridiculous. Go ahead and finish it. Do it.’ And he finished it in spectacular fashion. And, what’s more, arranged it in a way that was far superior to what I had written.”