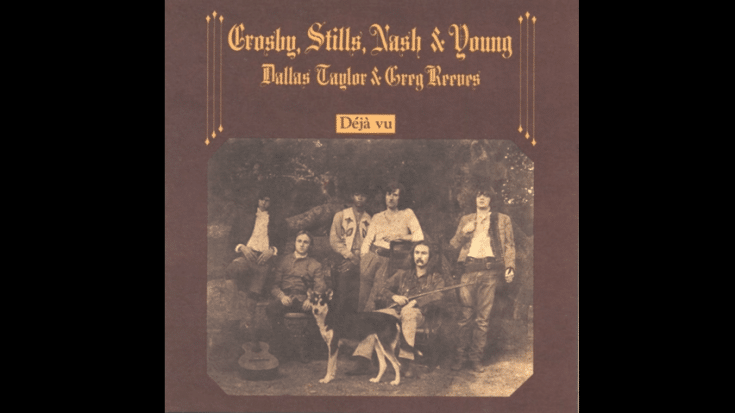 This folk rock supergroup may have argued and disagreed with each other a lot but they made such spectacular music when they were together. From their intricate vocal harmonies to their protest songs, they were a force of nature. They have reunited several times but it wasn’t always without tension.

Let’s revisit some of their best riffs:

Graham Nash wrote it while he was still with The Hollies but they rejected the song. It was Stephen Stills who came up with that distinctive riff.

David Crosby told The Guardian, “I’m one of those people who thinks we go round again. The Buddhists have got it right – it’s a wheel and we get on and get off. I think life energy gets recycled. That’s why I wrote Déjà Vu.”

Featuring Jerry Garcia on pedal steel guitar, Nash later said: “When I wrote ‘Teach Your Children’ and ‘Our House,’ we didn’t know what we were doing. ‘This sounds pretty fun, we can sing this, let’s do it!’ And then all of a sudden people are singing it back to me forty years later.”

Nash wrote it wile he was living with Joni Mitchell, he said about the song’s immaculate harmonies: “It’s me and David [Crosby] and Stephen [Stills] doing our best. That’s all we ever do. You know, we’re lucky enough to be able to do, you know, anything that we want to do, musically. And, you know, these two guys are incredible musicians. Crosby is one of the most unique musicians I know, and Stephen Stills has got this blues-based, South American kind of feeling to his music.”

Originally by Joni Mitchell, CSNY reworked it into an upbeat hard rock song. It kicks off with Neil Young’s lead guitar lick and he once said that “the track was magic.”

According to session drummer Dallas Taylor, “The song was written in the middle of the Deja Vu sessions, when Nash told Stephen they still didn’t have an opener for the album. It was something of a message to the group, since it had become a real struggle to keep the band together at that point. Stephen combined two unfinished songs and stuck them onto a jam we’d had out in the studio a few nights before, me on drums and Stephen on a Hammond B-3 organ.”

Young originally recorded it with his band Crazy Horse. It’s a relatively simple song but they couldn’t decide on the arrangement. They tried various versions until they settled on the slow-paced tune.

Both Jefferson Airplane and Crosby, Stills, Nash & Young included the song in their set at Woodstock Festival.

Young wrote this protest song following the Kent State shootings of May 4, 1970. He recalled, “Crosby came and had the magazine with the Kent State killings. I had heard it on the news, what had happened, but Crosby always had a way of bringing stuff into focus.”

Nash was blown away when he heard this song. He said, “When Stephen Stills first played me this song, I wondered what planet he was from.”