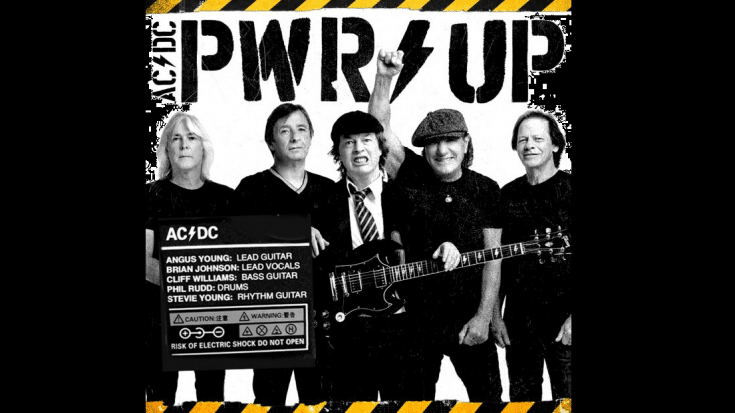 He Added That They Were “Always Conscious”

Following months of speculation about their new album, AC/DC are finally back. For the past few weeks, they’ve been teasing their comeback – posting clips across their social media channels including a 30-second teaser of the upcoming “Shot in the Dark”, launching a new PWR UP website, putting up posters around Australia particularly in front of Angus Young’s old high school, and advertising on UK newspapers.

Johnson said, “There’s a lot of [talk] about Malcolm’s guitar playing. Well, of course, that’s not true. But what is true is the fact that Angus and Malcolm had done riffs together all their life and really had a big box of them. And Angus said he basically just went through them all and he went, ‘Oh, that’s a good one. This is a good one,’ and he brought them out. So, it really is true that Malcolm is on there, basically in spirit and all of that.”

He added that he thinks “everybody in the band still felt – especially Angus, his brother – that he’s in everything.” He also admitted that while working on the album, they were “always conscious” and could feel “that he’s watching over: ‘You’d better do it right. You’d better do it AC/DC style or just not do it at all.’”

According to Angus Young, the album is their “tribute to Malcolm”.