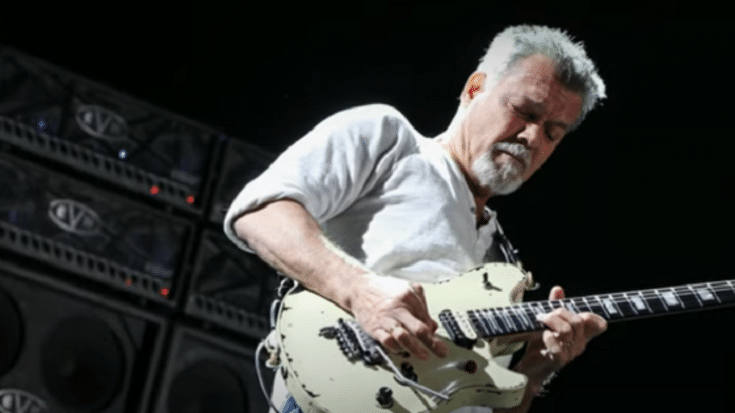 RIP To The Rock Guitar Virtuoso

News of Eddie Van Halen’s death shocked the world. He passed away at 65 years old following a lengthy battle with cancer. His son Wolfgang Van Halen took to Twitter to make the announcement on Tuesday. Since then, tributes have been pouring from fans and fellow rockers. Some of the musicians who honored him include former bandmates David Lee Roth and Sammy Hagar, KISS’ Gene Simmons, Queen’s Brian May, Red Hot Chili Peppers’ Flea, Def Leppard’s Joe Elliott, Black Sabbath’s Geezer Butler, and Pantera, to name a few.

The latest to pay tribute to EVH is The Who guitarist Pete Townshend.

He tells Rolling Stone, “I was once asked by Michael Jackson to play electric guitar on the Thriller album. I said I couldn’t do it but recommended Eddie who called and we chatted. He was utterly charming, happy about the connection, but told me how much he was enjoying playing keyboards. His smile was just classic. A man in his rightful place, so happy to be doing what he did.”

He continues, “It’s completely tragic that we have lost him. He was not just an innovative and stylish player with great taste, he was also a laidback virtuoso showman who just blew us all away every time. Every shredder today has lost their Master Teacher and Guide.”

He further adds, “As he got older he became more generous and amusing and self-effacing about his enormous gifts. He shared so many tricks through guitar workshops, online and on TV shows. Immense talent. The Great American Guitar Player. I was hoping he might be President one day.”

Eddie Van Halen is survived by his wife, Janie, and his son.